clear
Out of stock 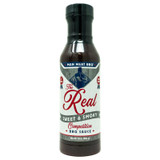 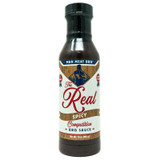 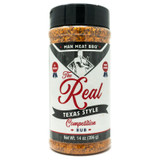 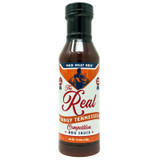 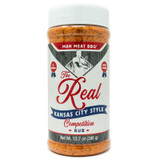 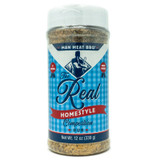 Man Meat BBQ believes that BBQ is about Science and Art.

Born in 2012, Man Meat BBQ started on a mission and belief that to leave your mark, you need to share your art. Founder Aaron's childhood memories were of smoking a whole hog for family reunions and his hopes to relive that memory and create new memories for the next generation of his family.

His competition team is a family affair as Aaron competes with wife Christy, and daughters Reagan, aka "Mini Meat," and Renley, aka "Barbecutie". Man Meat BBQ is now a nationally ranked teams since and success has come from becoming more consistent with the cooking process and techniques, the science, and fine tuning our flavors, the art.

Man Meat BBQ uses the rubs and sauces that the created and now have made available to share with you. Over the years they have created a flavor profile that has fueled their success. In 2020, and seven days after bringing their first rub to market, they entered the "Best Rub on the Planet" contest and placed 8th overall against over 200 other top rubs. In 2021, the entire Man Meat BBQ line of products helped the competition team Last Call Heroes BBQ win the American Royal BBQ against over 475 of the best cooks in the nation.